Hey guys, it's back to your regularly scheduled programming this week and wanted to fill you in on the past week after the wedding in Provincetown!  It was a busy week and my workout schedule was a bit off.  Let's start back at the Cape...

Monday morning I got my self out of bed and down to the beach for a Boot Camp class on the sand that was a few blocks down from the hotel I was staying at.  Some of my uncles' friends told me about it the night before and I (drunkenly) told them I would be there.  I mean, I do love boot camp classes, but half way through the sit ups, the drinks from the night before were not feeling too good sloshing around in my stomach!

However, I was really happy I went and it was a cool class.  I am a big believer in doing what you say you are going to do and being true to your word.  I said I would be at the class the night before, so I was going to be there!

It might be weird to write this, but one of the things that I like about myself is my independence and friendliness.  I know many people would never have texted friends they made the nights before to meet up for boot camp.  Or earlier this summer when I went to the wedding in New Jersey alone and connected with people once I was there.  I guess it's a factor in having moved to a new city alone those 6 years ago or the fact that I've been single a long time or it's just part of who I am, but I like that part of me.  There is too much fun and cool stuff in the world to not take life by the horns!

After the boot camp, I hung out with my family for a bit before the 5 hour drive straight back to Albany, while stopping at Mary Lou's again for some iced coffee!

Tuesday I slept in a bit and made the decision to run during lunch time.  Since I didn't run on Monday, I was due for a run on Tuesday at lunch, doing a quick 3 miles and then after work traveled to Lake George for the night for work.  My running schedule continued to be off, because I missed the Wednesday morning run with Jess as I was up at Lake George.  I moved the Wednesday run to the evening after work where I got caught in a rainstorm!  It was just drizzling when I started raining but pretty soon BUCKETS were coming down and it was pouring.

Believe it or not, I kind of enjoyed it though. 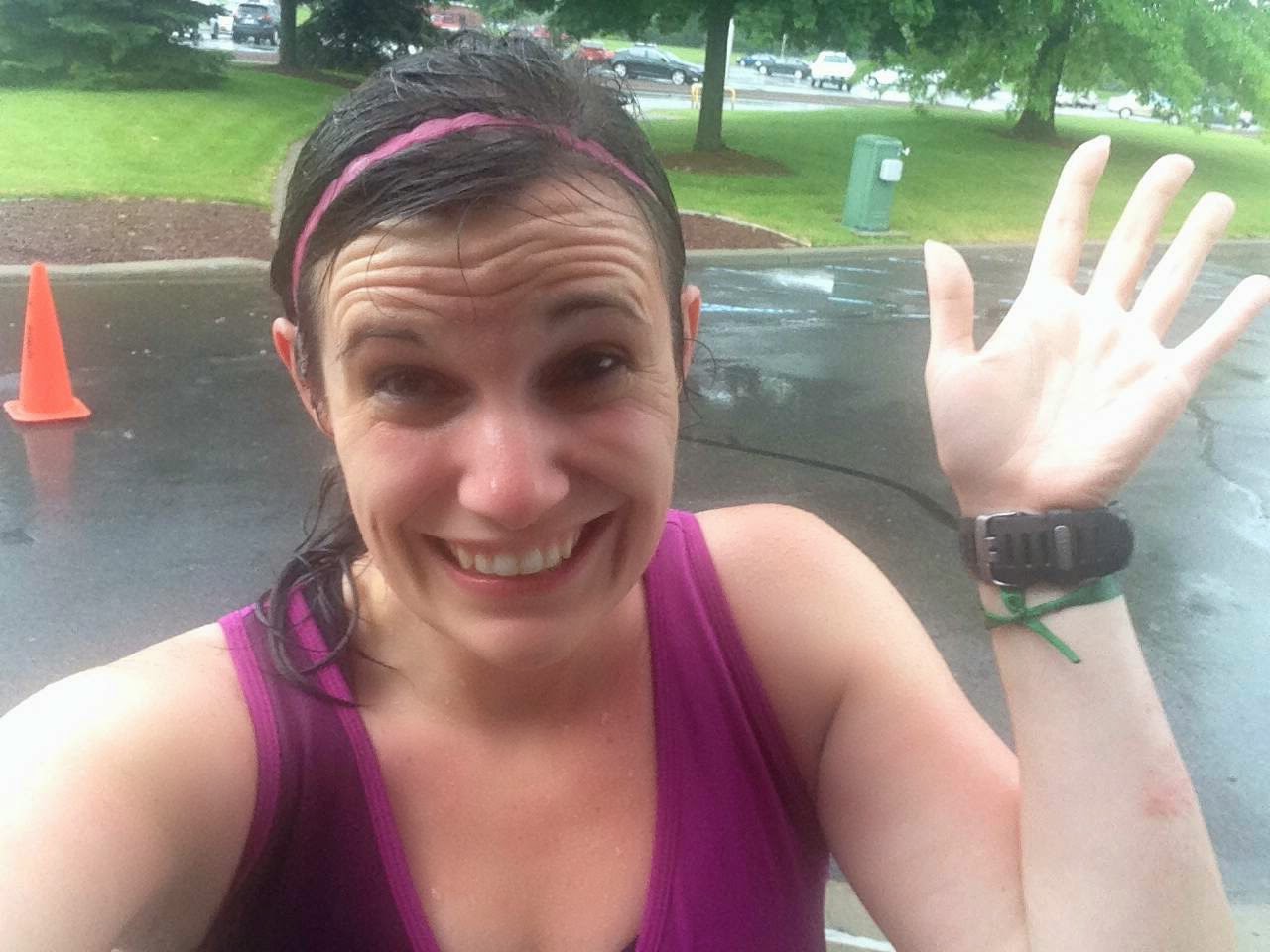 The only problem with the unexpected rainstorm was that I had plans for after the run!  Usually if I am just doing 3 miles, I can maybe get away with doing a body shower and drying my hair and making myself somewhat presentable.  I knew I was just going to be hanging out with girl friends, but it still was in a public place... However, I showed up I think looking like a wet dog, with a mix of work clothes and workout clothes on, because it was whatever I had in my bad that was dry!  I met friends on Wednesday night to celebrate a lovely bachelorette we had in our group with a quick toast of drinks and some yummy food.  For anyone who is local, Cella Bistro is a great spot for after work drinks and snacks!

Thursday was an awesome day and I was going to use it as a rest day but after feeling guilty about a big lunch (eaten while watching the World Cup - go Team USA!) I went to the local track near me after work.  I've been wanting to check it out and see what the scene is, maybe do some laps, try out some speed work, etc.  I spent a little while there doing some exercises and running 2 miles.  There were some incredibly fit people there, just frog jumping over the hurdles and doing other amazing physical feats, but aside from that, it wasn't intimidating and definitely somewhere I would return for a work out! 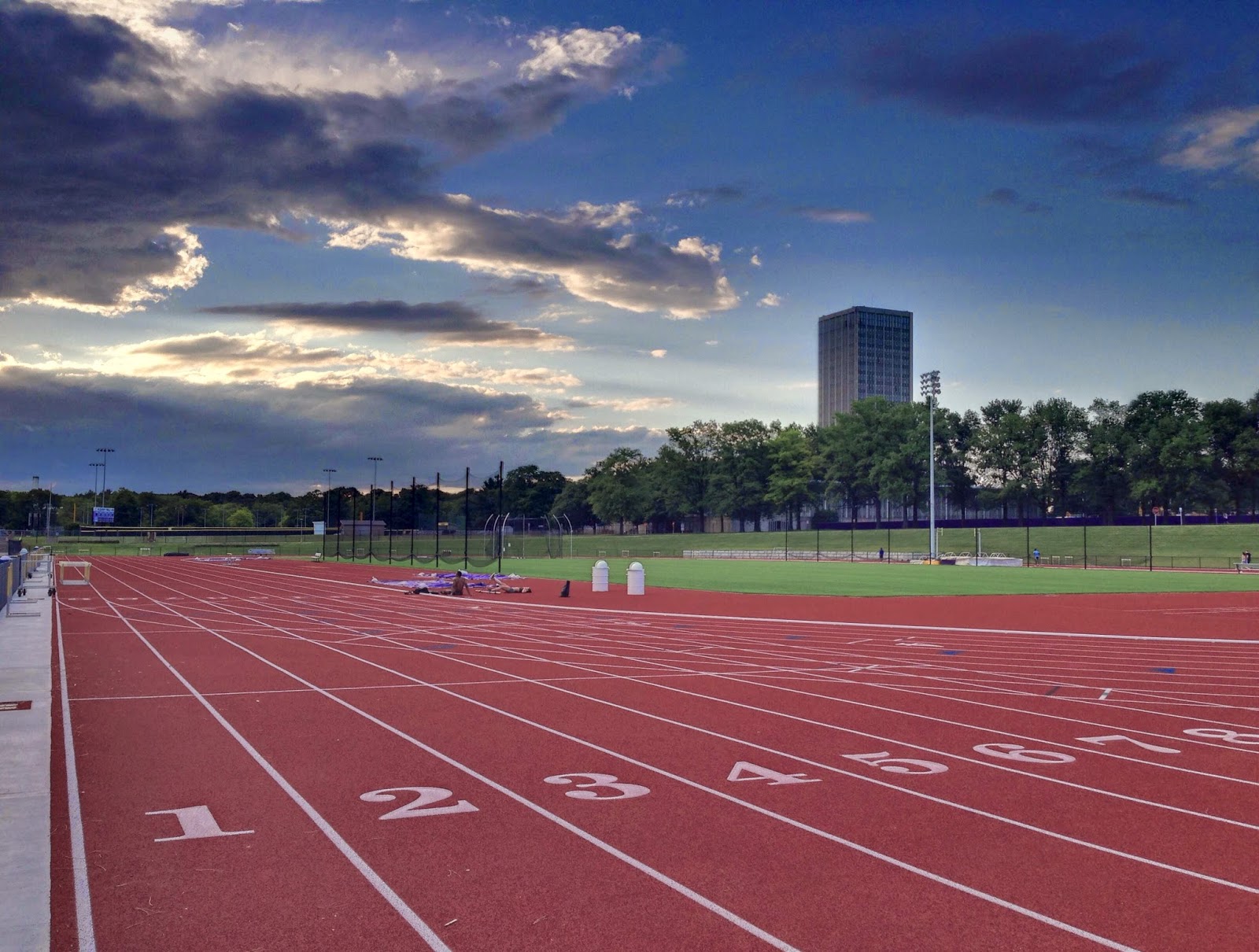 Following the track I went to the grocery store for the first time in what felt like forever in preparation of cooking!!  I have been struggling to get back on track eating.  I was doing pretty well before going to Provincetown for the weekend and I am not back in action again.  I promised myself that I would eat healthy for ONE week.  I know that once I am in a groove it's easier to get going, so I am trying to see if it works to mentally trick myself by making the pledge saying "just one week" and going from there.

But man, did I pick a weekend to start eating healthy.  It was a PERFECT ice cream weekend.  And I know more than anyone that ice cream can be a part of a healthy diet, but I didn't want to indulge in junk on the first weekend of my promise.  However, I did have a great weekend, despite that it was ice cream less.  On Friday night I ate out with some friends at the Barge in Albany.  I am a huge fan of the Barge.  I really like their food and drink options and it's a fun atmosphere and view!  This is actually where we ate for my birthday last year. 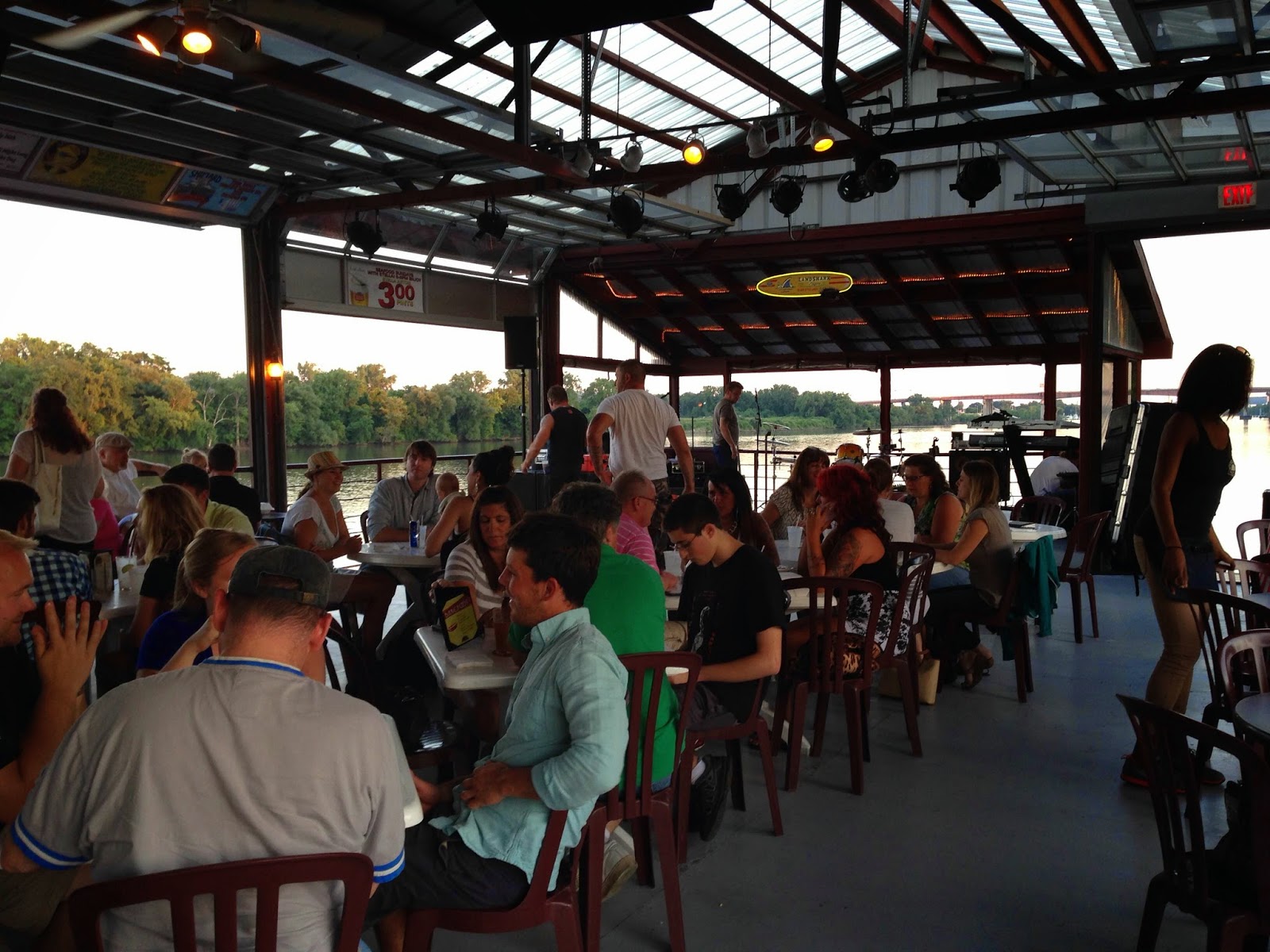 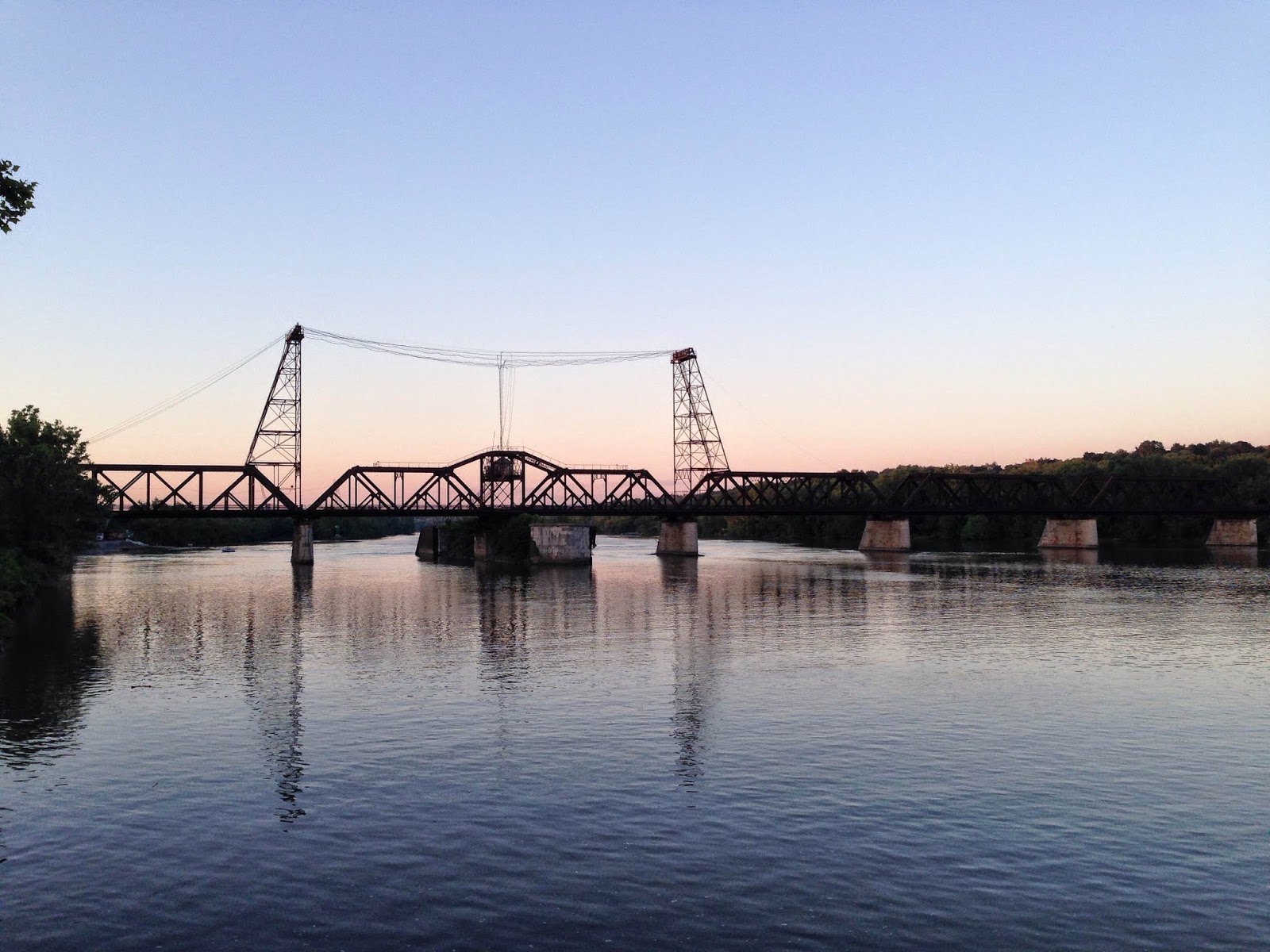 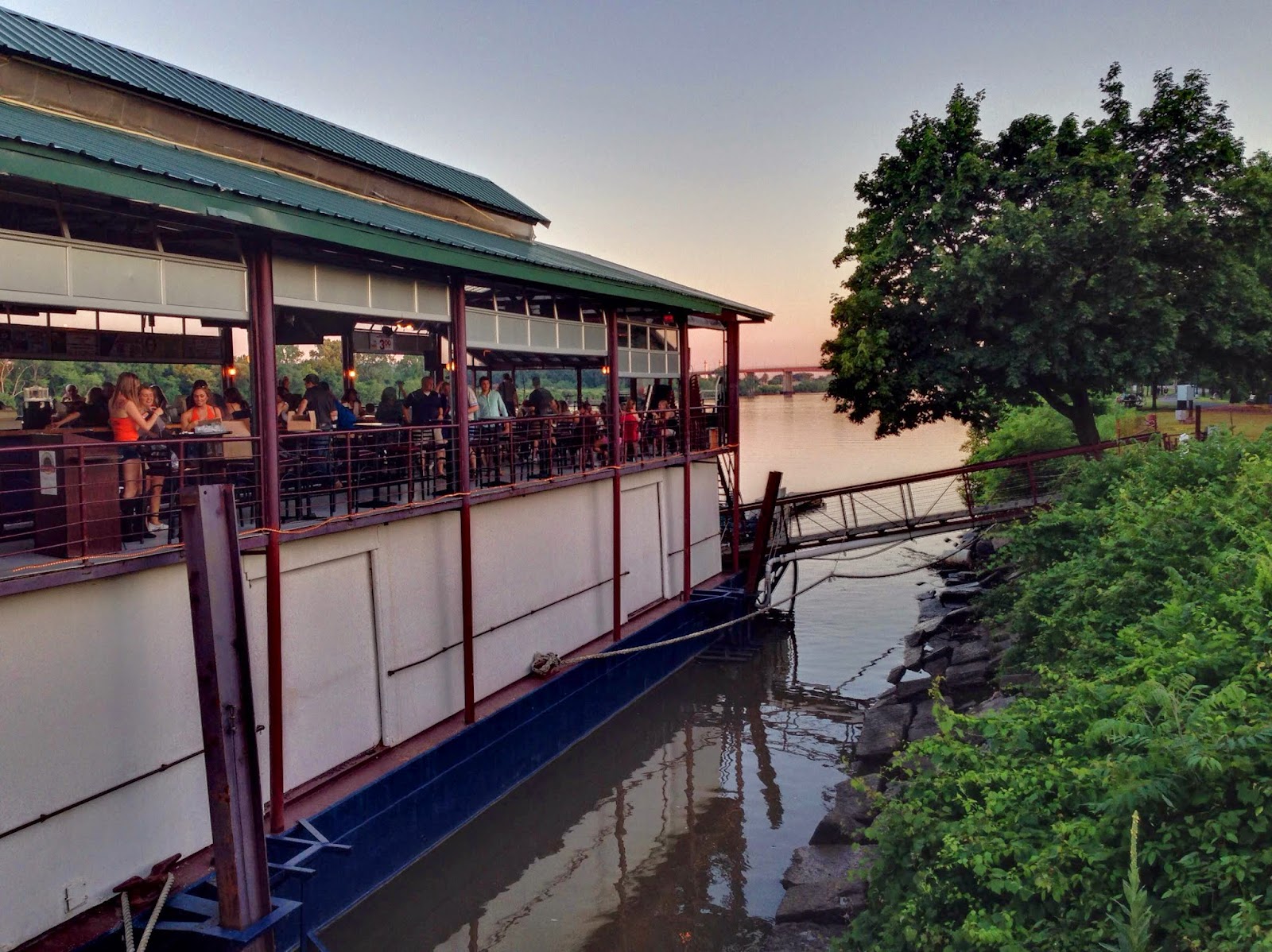 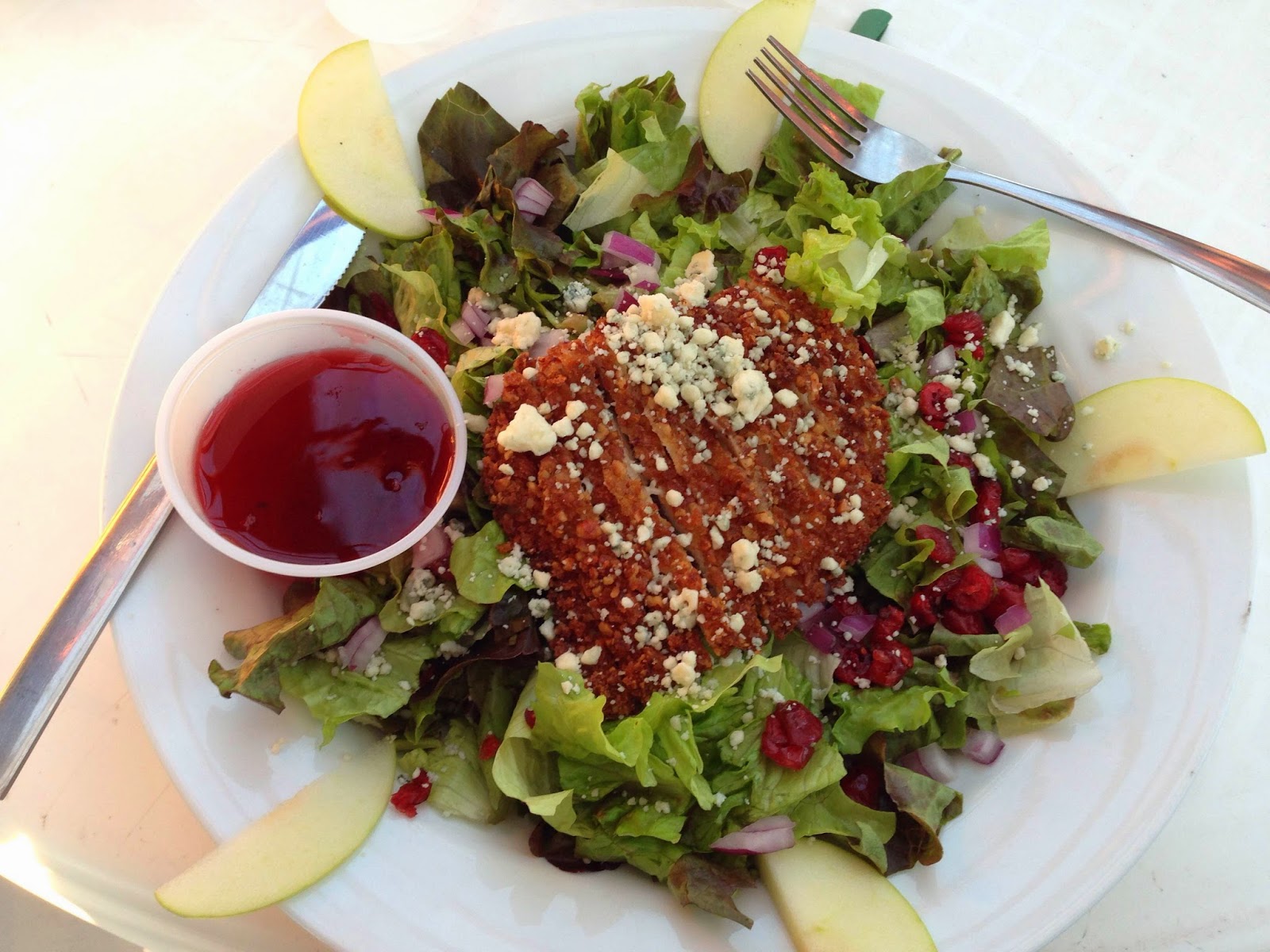 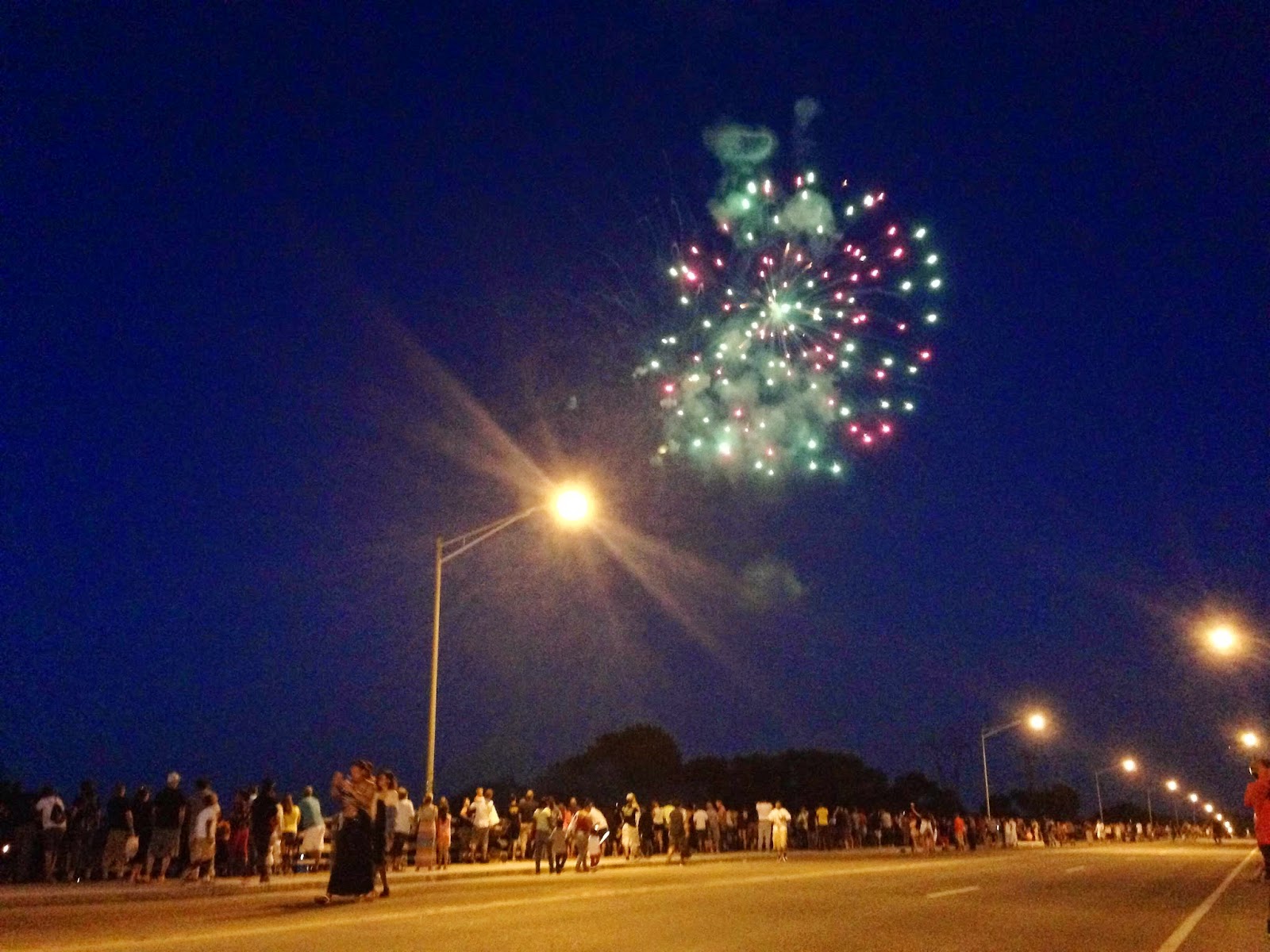 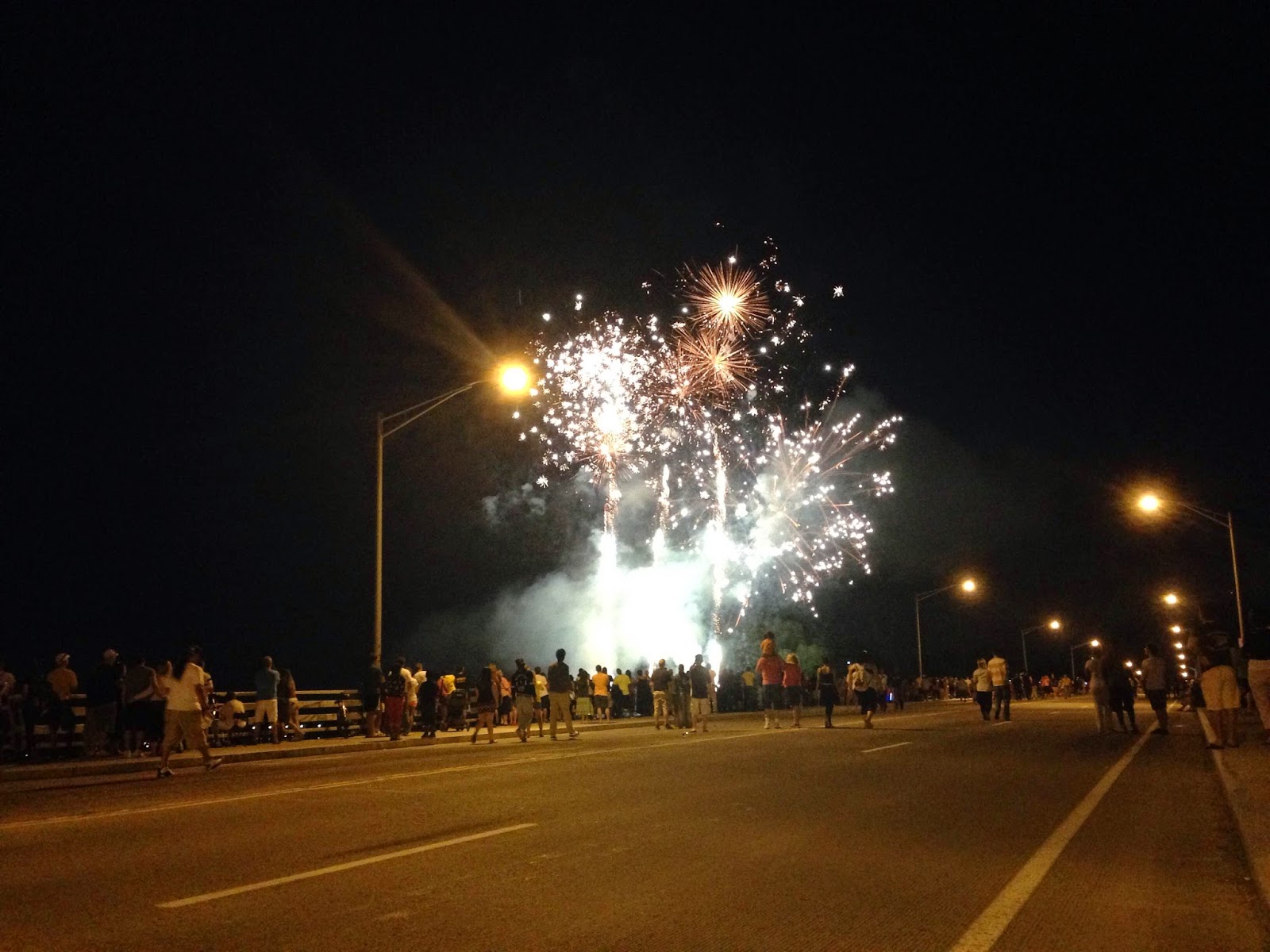 Saturday consisted of a 9 mile run in honor of my friend Kelly.  I met another friend, who was actually very, very close with Kelly and the two of us ran 5 miles together.  It was a nice pace and I really enjoyed running with someone new and making the day about something positive.

I also still have not run double digit miles since the marathon.  I had that one day where I gave up on my run and I did the Tough Mudder, which was 10 miles also, but not really running.  I am getting nervous about tackling double digits again and need to remember some of the basics.  Getting enough sleep.  Hydrating.  And eating the right kind of pre run fuel.  I love some cereal, milk, banana, and berries before a run, which is what I did on Saturday morning. 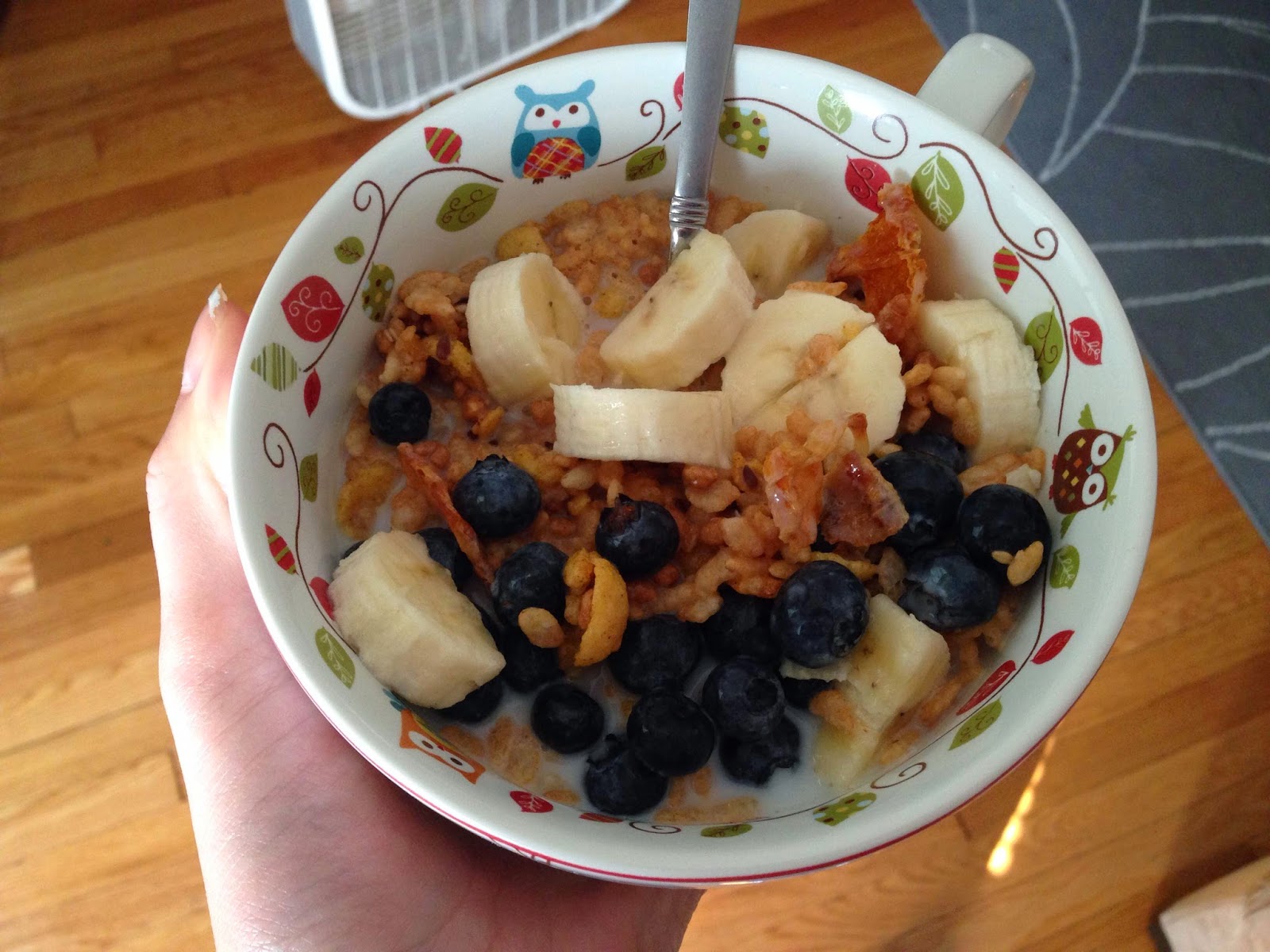 Some errands.  Lots of relaxing.  And a trip out for drinks in Saratoga with some friends.  Sunday was cleaning and reorganizing and starting to feel like a normal person again in my apartment in Albany, rather than a nomad with really dusty floors.  I did a good job sticking to Weight Watchers points on Saturday and Sunday, which can sometimes be really hard for me.  I am still loving my smoothies and enjoying a lazy weekend day as the time to have one. 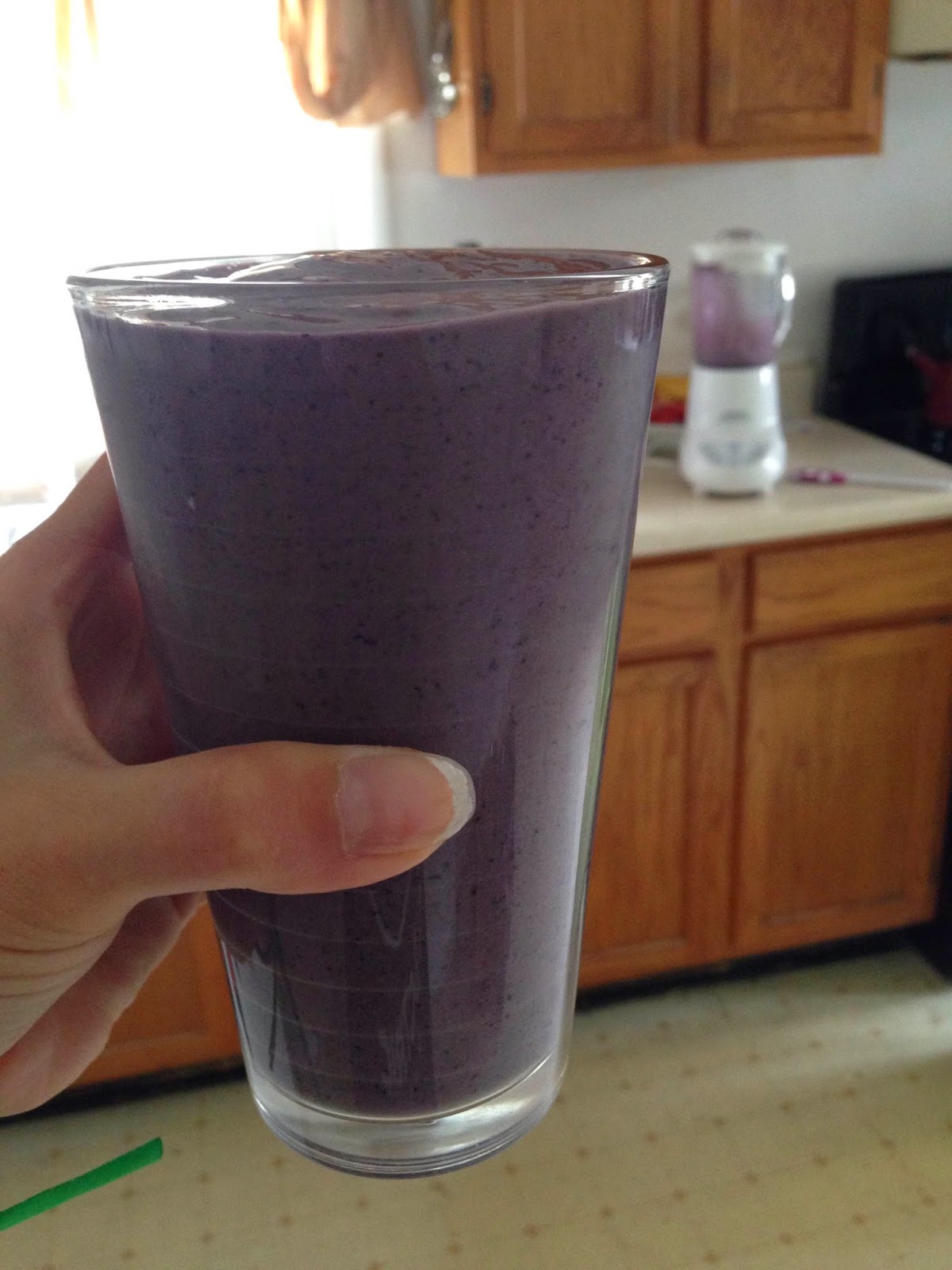 Since I started training for the marathon I would make one in the morning before going out to run and bring it with me in the car, then after my run it would still be cold and creamy and ready to enjoy.  However, now that the temperatures have risen from below zero to in the 70s in the mornings, even after a 3-mile run, the smoothie will sort of just be all liquidy, which is far less enjoyable to me.  So for now, it's weekend smoothies for me for the most part!

However, I made myself another fun treat for the mornings on Sunday.  I brewed a whole bunch of blackberry tea and then put it in a container to keep in the fridge and now I have delicious home brewed blackberry iced tea to take with me in the mornings!  I am SO excited about this. 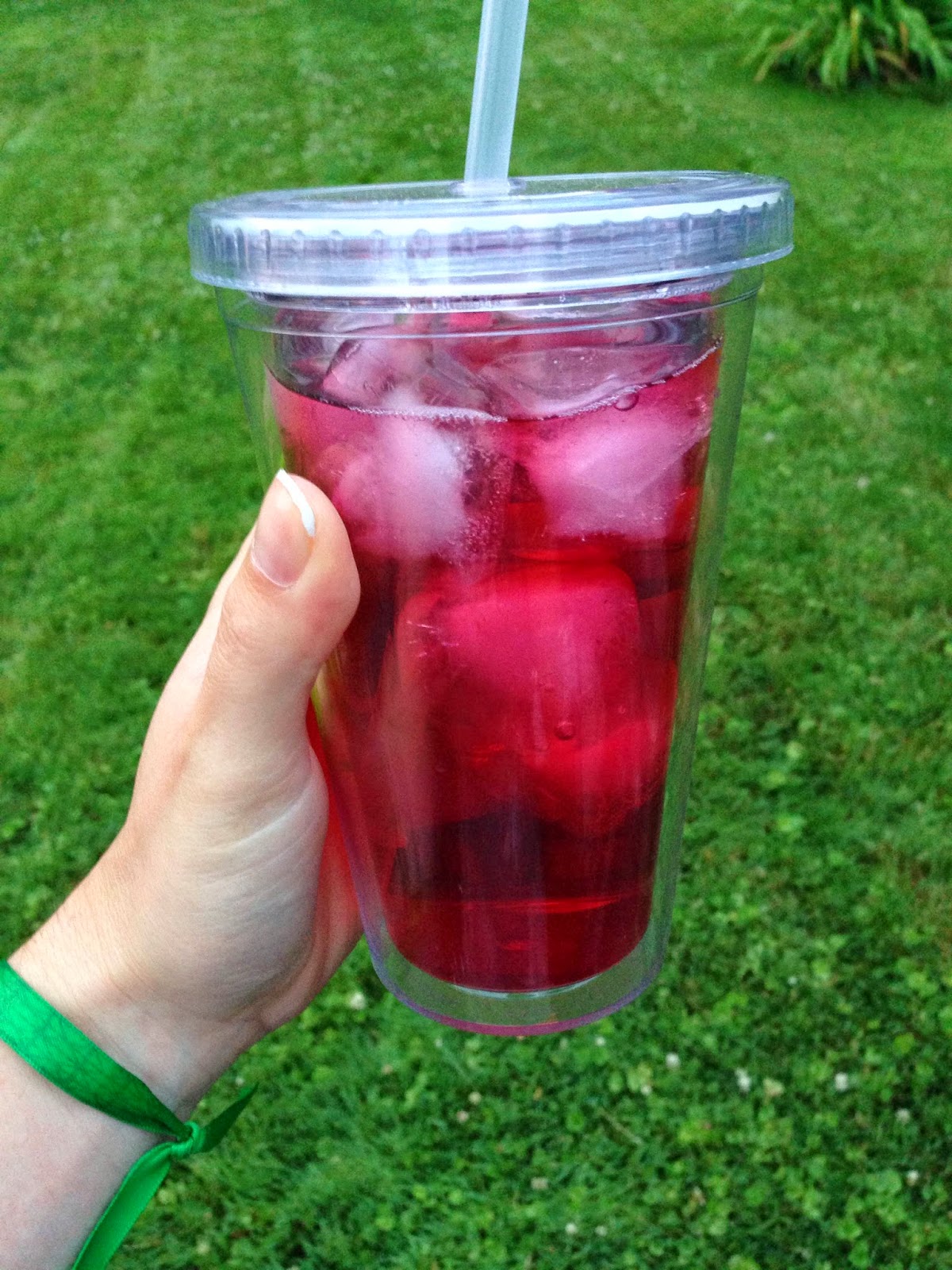 And speaking of those hot mornings, today was a humid one.  Someone remind me to pack a towel in my car when I go out for runs because I am more and more becoming a total sweat monster and getting my car nasty even just on the short ride from the park where we meet in the mornings to work.  Nice, huh? 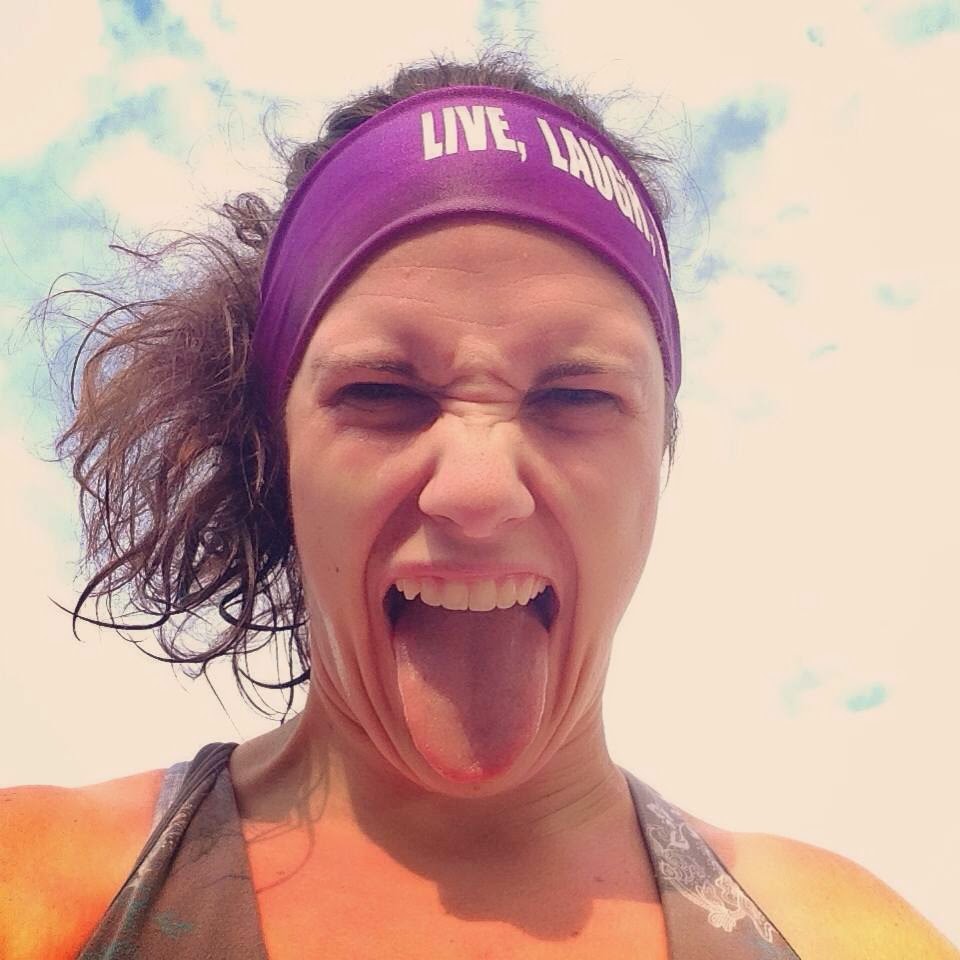 So, with one last thing, I'll wrap up this random post.  A week or so ago when I posted a picture to Facebook, someone asked me about the training plan I have at my desk.  This was something that I put together a few months ago to help get me through the marathon, Ragner, half marathon, etc. that I all have coming up.  It is essentially just the same 18-week training plan I did for the Paris Marathon, but just adjusted with races that I have scheduled.  I am using this as a loose guide as to what I am running on a daily basis, because I need something on a piece of paper to get me out the door.  I've now been consistently running over the mileage on the plan, which makes me feel good but I don't want to wear myself out either. 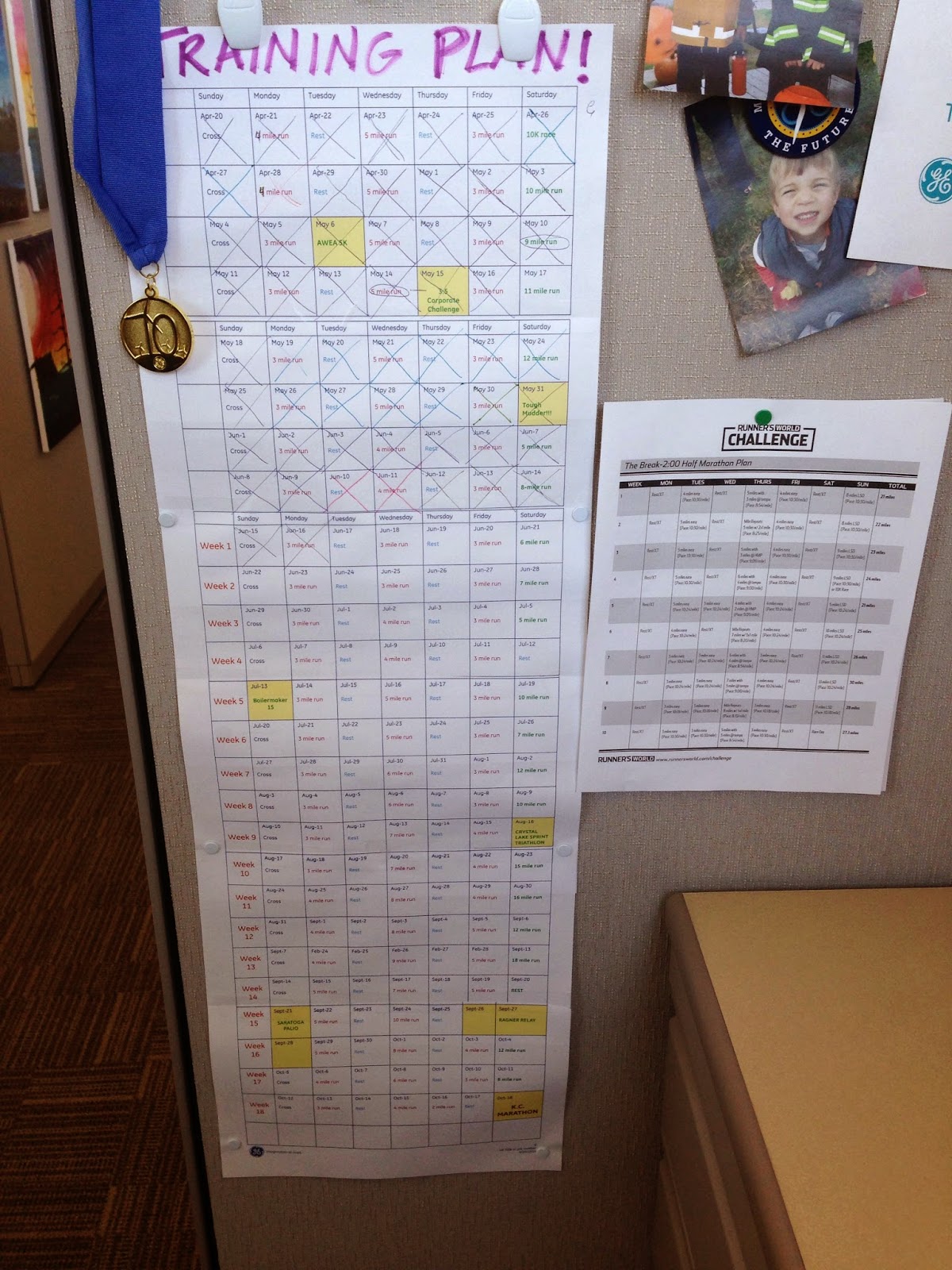 I am amending this as I go to build in some speed work, and perhaps 2x a day runs when the Ragner relay gets closer.