Summer Reunion Days and Nights in the Capital Region

When I last left you guys, I was heading out from Heidi and Dave's and met up with some friends in downtown Schenectady for drinks and a blast from the past with a summer concert series featuring Gin Blossoms!

Before moving away, I was the coordinator of my group of friends when it came to social activities and things like happy hours. I had sent out an email to a group of friends the week before, letting them know I would be in town and retaining my duties of social coordinator. We chose the newly opened Schenectady Biergarten... which isn't super new for my friends who are still local, but I had never been! I loved their Albany location though and the convenience of the new site with their super close access to the office was perfect. Plus, there was one night that all my friends were at this bar and Snapchatting the whole night. It looked so fun and I really wanted to recreate that, haha. FOMO runs strong with me. 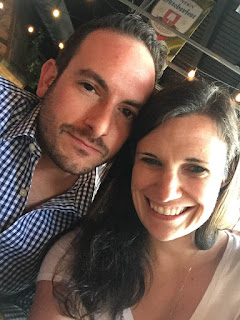 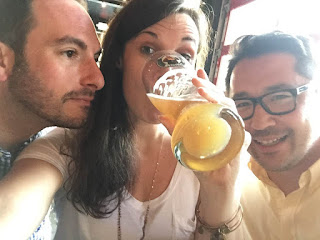 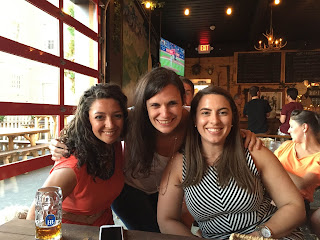 They also allow pups in, which allowed me to meet some of my friend's dog for the first time! I had such a good time catching up, reminiscing, and drinking my favorite beers and throwing around peanuts with my friends. 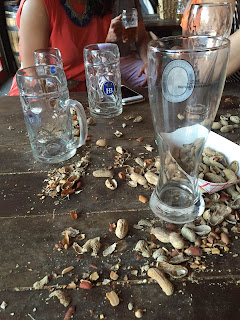 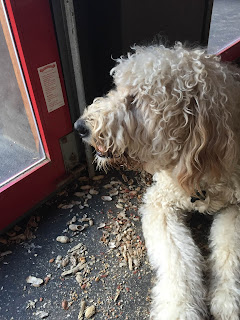 The concert was also pretty fun and it was a gorgeous summer night. I didn't realize how many Gin Blossoms songs I would actually recognize and be able to sing along to (kind of...) 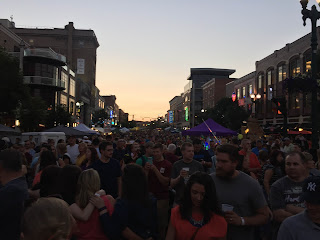 I joked with some of my friends because we were looking through some of the "On This Day..." memories that pop up on Facebook lately and some of the things we used to post were so late at night!  My Center Square crew in Albany used to consist of the group of friends that all lived within 5 minute walks of one another and we used to hang out all the time. Ernest and Jeff are two of those friends and I found an old photo on Facebook from August 2009 vs. July 2016. Our bedtimes have significantly changed during this time period. 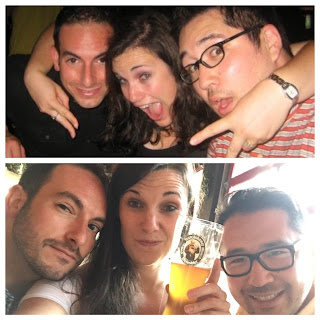 Saturday morning started bright and early for me with a trip to the Guilderland YMCA. I did a short weights session for 30 minutes followed by 30 minutes of swimming laps. It was a light workout but I was happy to get something in! And to stop at Stewart's on the way back and pick up some Blueberry Crumble Coffee. My coffee cravings are through the roof and I look forward to coffee on a daily basis. Stewart's, the Upstate NY classic gas station store, has pretty darn good coffee. 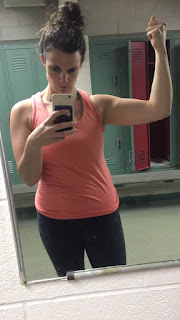 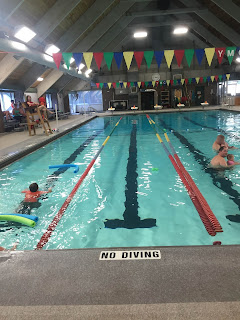 I spent Saturday bopping all over the Capital Region. Spending a little time in Saratoga to meet my friend's new baby (ummm she's the cutest and tiniest thing ever, btw.) Hanging out in Niskayuna. Then hitting up a few different locations in Albany, checking out my old neighborhood and meeting up with different friends. 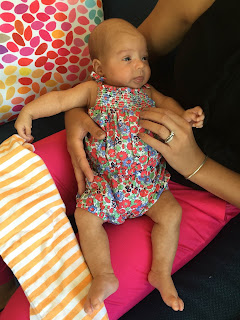 I had to pick up a bike that I was borrowing from a fellow triathlete and runner, who had encouraged me to sign up for a local sprint triathlon while I was in town. I ended up making it work into my schedule and took him up on his offer to borrow his road bike. This is likely the only sprint triathlon that I will do this season so I was pretty excited for it. And felt honored to be getting to ride a bike that has done Ironman Lake Placid 2x! 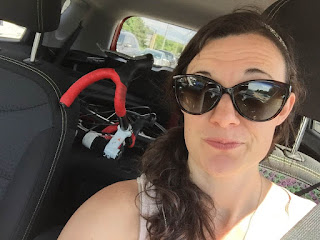 Saturday night also included one of my favorite salads from one of my favorite restaurants, The Barge, that sits on the Hudson River in Albany. I met up with Jeff for some drinks and laughs and even more reminiscing about our younger and wilder years. I love summer evenings with good friends. 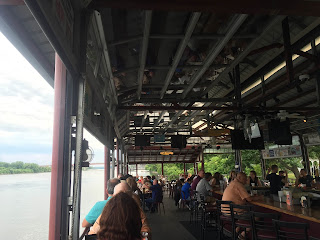 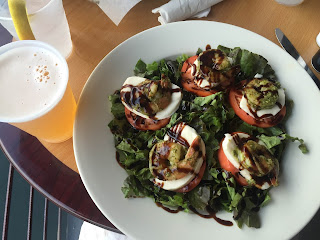 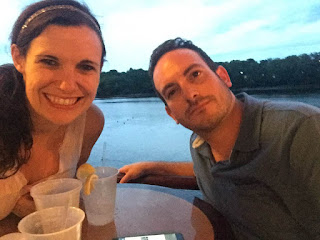 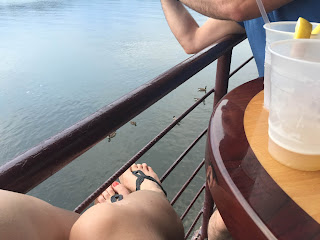 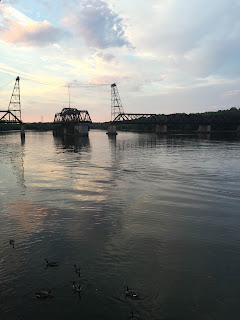 I began Sunday with the sprint triathlon, which I will recap in another post, then ran errands around Albany before jumping on the road to head to New England for some much needed family time.

I had such a wonderful time in Albany and it felt all too short. So many friends I didn't get the chance to connect with or get enough quality time with. I loved being able to get to see the people that I did and I am continually overwhelmed by how hospitable my friends are. I slept in three different spare rooms of my friends (yay for everyone being grown ups and having houses!) and felt like I was at home at each one. I love friends whose houses I don't have to knock when I enter into. Going to Albany will forever feel like going home to me. I miss the Capital Region so much and miss my friends there more than they know. It's incredible to me how some people I know bash the place that I used to live. However, as much as I love it, I also hold strong that I don't want to be living there right now.  It was great to see my friends who are all in new stages of their lives, while I am living out my own. The next week I will now be catching up with family. Happiness all around!
at 10:33 PM