Have I mentioned that I am trying realllly hard not to stress about my weight lately?  And the reason I have to actively try is because I KNOW I am above where I want to be, even though I have been going scale-free since December (which, is now probably a record of the longest I have ever gone in my life since middle school without weighing myself!)  I can tell in what I look like and how I feel and how my clothes fit.

And remember those "goal pants" that I was working on back in January/February?  Well, before I left for Europe, those pants could get all the way up and button.  I did have a bit of muffin top that would stick out the top and they probably wouldn't be the most comfortable to sit in.  However, they were on and with heels, could *possibly* have been worn.

However, this morning, for the hell of it, I tried to pull them on, just to see.  And I couldn't even get them up my legs!!!  Seriously guys.

But, I'm taking deep breaths and trying not to have a panic attack or text my friends hyperventilating or freak out like I often do when I have these moments.  Like back in January when I literally had to rip a skirt off my body and started to panic because of the weight I'd put on.

The extra weight I have right now is for good reason.  Since March I have been to LA, Spain, Romania, Turkey, France, Boston, Rhode Island, Las Vegas, LA again, Cape Cod, China, and New Jersey.  I haven't been sitting still.  I haven't been being lazy.  I just haven't been in a routine and I haven't been diligent.  Yet, I have great memories and I have tasted and experienced awesome, amazing, almost unreal things.

Yes, maybe this past weekend I didn't have to eat a bag of Swedish fish and Skittles and Baked Lay's while alone in my car on the trip to New Jersey (secret eating, much?)  And maybe there were some other of the every-day choices that I could have been smarter about.  However, I need to take deep breaths and remind myself that I am still okay.

What panics me is when I think about losing weight.  I don't have a "routine" coming back into my life any time soon so I need to find the balance.  Summer is coming and life, naturally, becomes more social, and I don't want to say no to dinners with friends outside or meeting for drinks on a patio.  Trying to balance is always a challenge for me, but I just need to keep remembering deep breaths.

Today I felt in a happy mood when I got up, perhaps because I "slept in" until 6:30 a.m. and knew today was a rest day with no exercise.  I stopped and bought a mini box of Munchkins to bring in to the office "just because" and was actually pretty proud of myself that I didn't eat any of them myself! 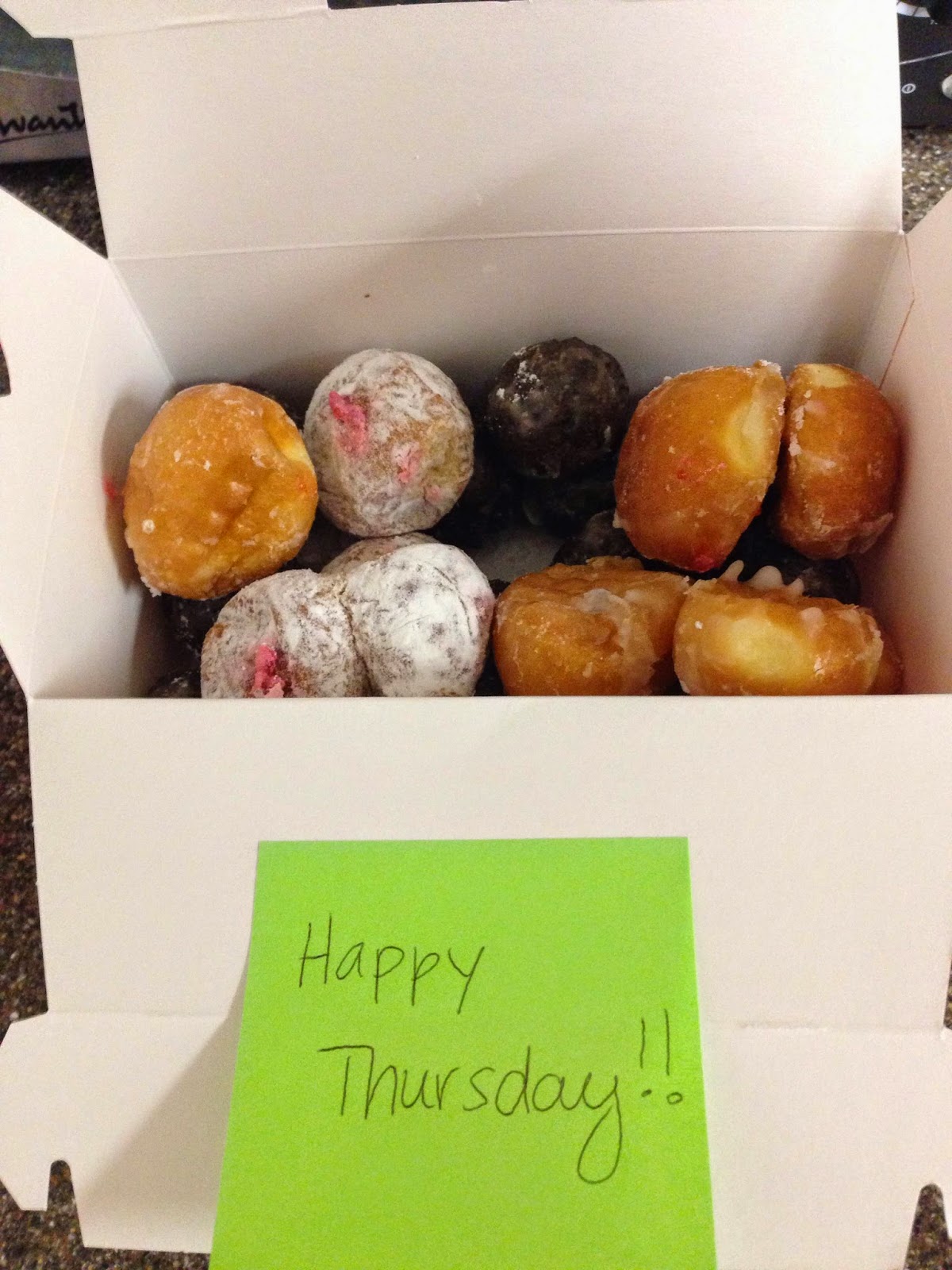 My day went well and I ate the meals I had brought with me, adding in some yogurt covered pretzels at lunch, that seemed as if I could fit them into my day at the time, but turns out I probably should have passed.  Otherwise, the most exciting part of my food today was the double grape that I stumbled upon in my afternoon snack.  How exciting is this?? 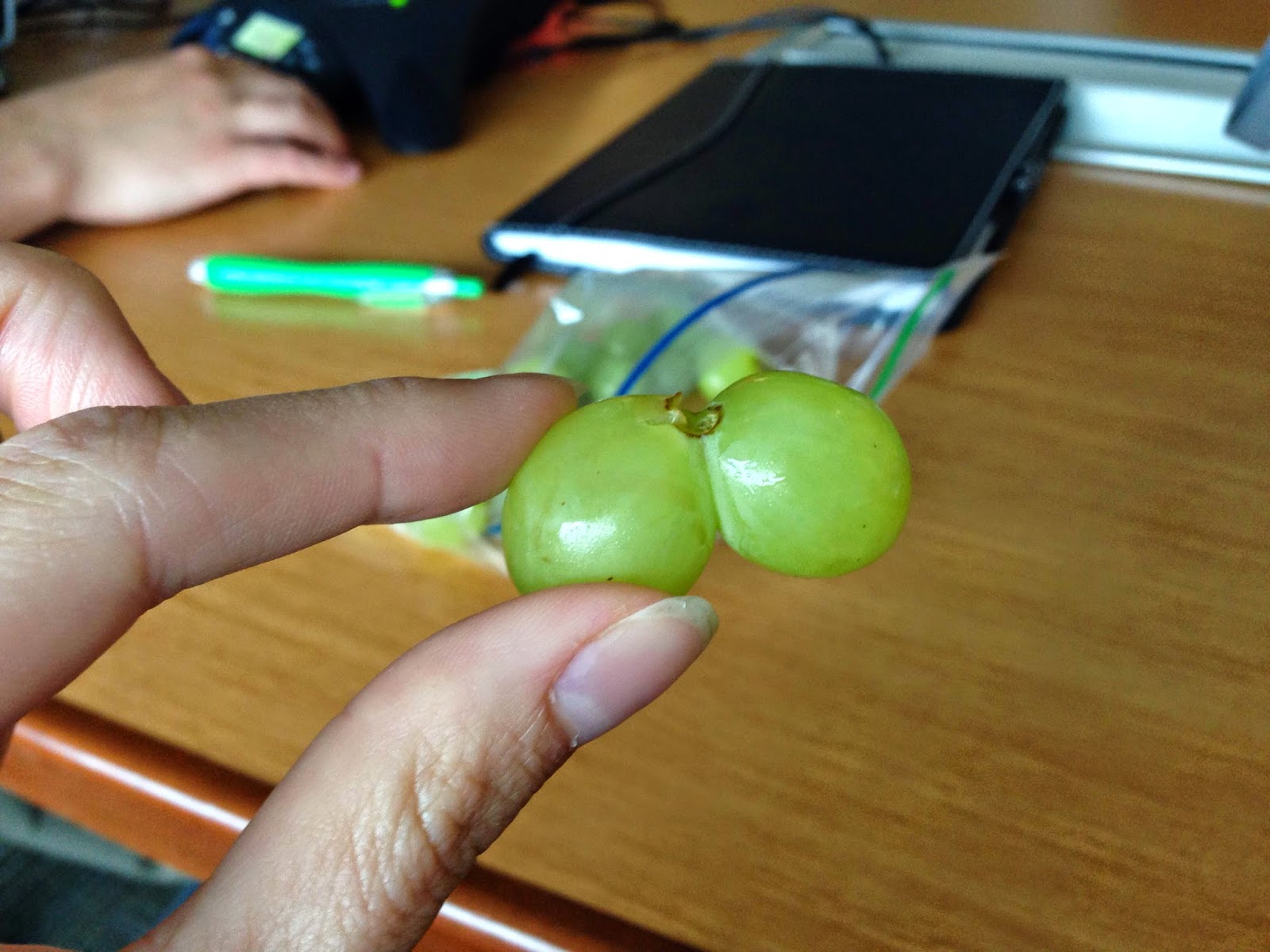 Anyways, I tried to eat lighter during the day, knowing that the evening would be a challenge.  There was a work event that would have food and drink, followed by a dinner out with my team, that also would include food and drink.

I was first able to successfully make my way through the work event by passing on drinks and cheese, opting for just the veggies that were out.  However, I stumbled once I got to my manager's for dinner.  There were some yummy cheese and crackers and I made the mistake of taking a seat right next to the food and just eating and eating.

Eventually I banished myself to sitting on a couch far away from the food, which was funny since nobody was sitting over there.  However, my coworkers know my struggles with food all too well as they spend nearly every day with me, so there were no questions asked when I explained why I was sitting by myself on the couch and shouting across the room to be a part of the conversation.

The challenge continued throughout the dinner with delicious kebabs, that were in all fairness pretty healthy, but I ate a ton, and rice and wine.  AND THEN the real kicker was the homemade chocolate lava cake with vanilla ice cream.  YUM.  I mean seriously though, when your manager serves you homemade lava cake, are you supposed to turn that down?  I don't think so... 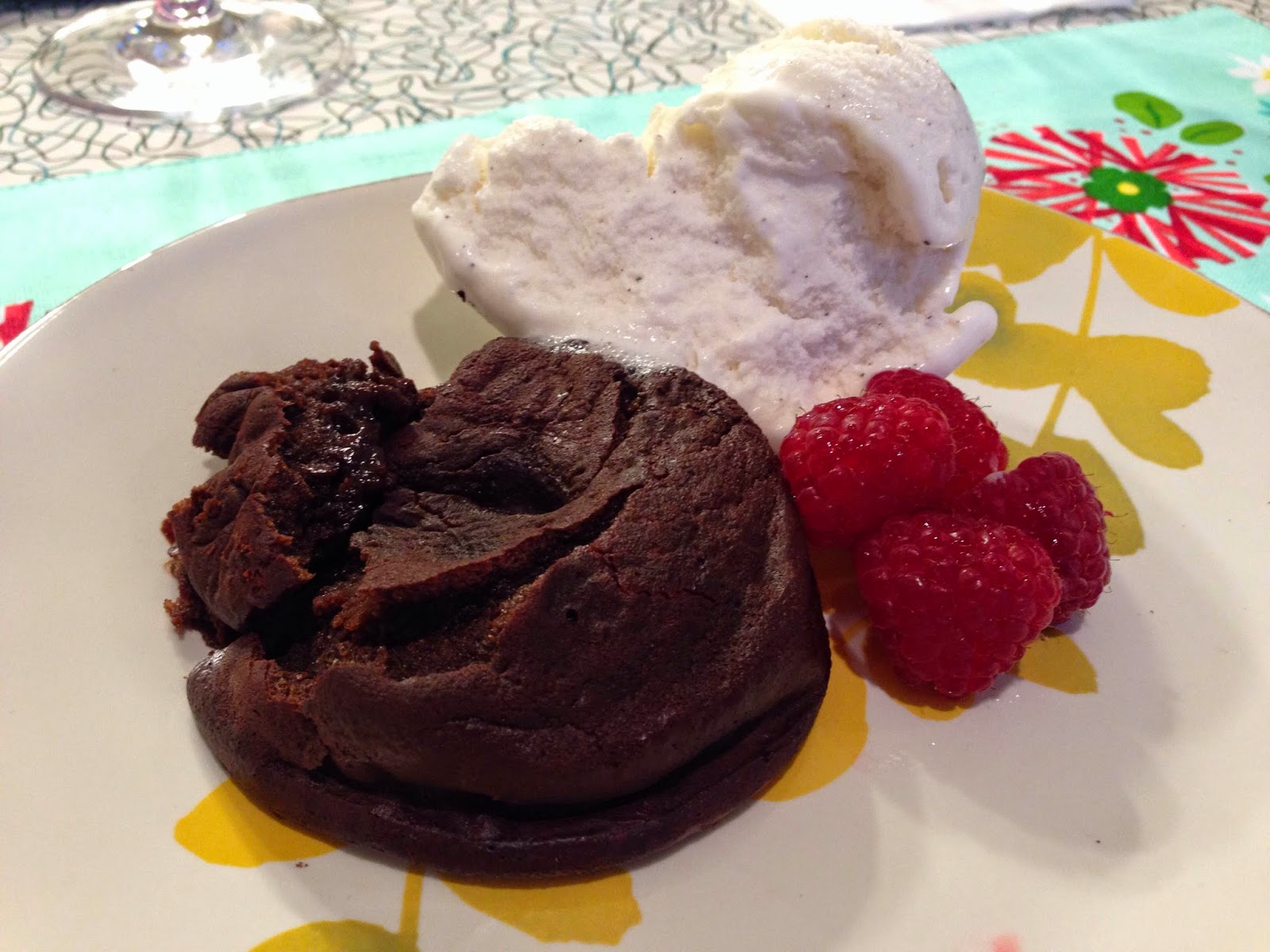 I think I blacked out while I was eating it, it was so good.  However, as soon as I came to, the first thing I thought of was, "Ugh, those "goal pants"..."